With Its New Investment Law, Cambodia Bets on Economic Diversification

Historically, the Cambodian economy has been relying on foreign investments to ensure its post-war development. Photo by Touch Sovandy

PHNOM PENH – The inauguration of a Ford assembly plant in Pursat Province on June 16, 2022, put Cambodia on the map of countries hosting high added-value industries. With its $21 million investment, the American carmaker will create over 500 jobs, assembling 9,000 vehicles per year in the country.

Though it is not Cambodia’s first car assembly plant–the Camko company opened the country’s first in Koh Kong Province in 2011– many more seem to be coming: A car factory to assemble Isuzu vehicles is to open in Kampong Speu Province at the end of the year, and another investment for a car assembly plant has been approved in June 2022 by the Council for the Development of Cambodia (CDC).

The multiplication of investments in the highly competitive automotive industry highlights the shift Cambodia intends to make towards higher-value production, trying to keep up with its regional competitors, like Thailand or Vietnam, more advanced economically. 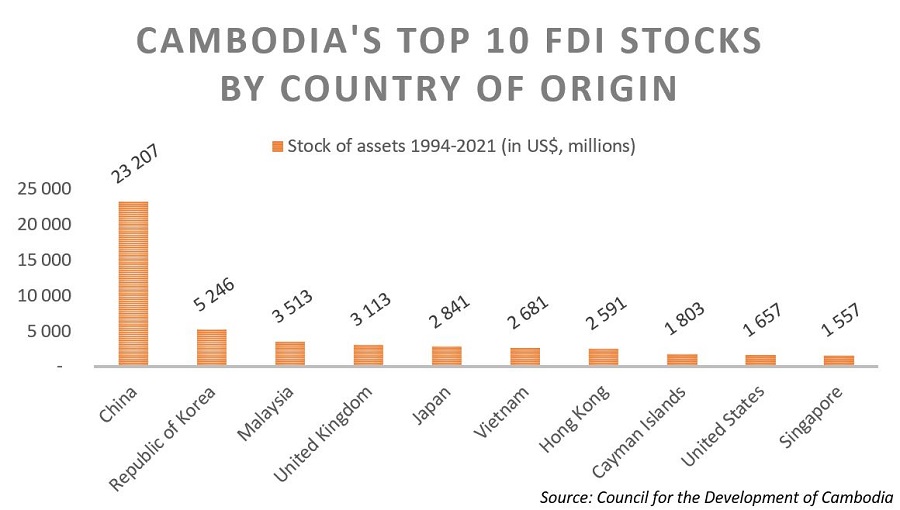 To support the government’s strategy, the National Assembly promulgated a new Law on Investments on Oct. 15, 2021. “A necessary step forward as the precedent law was voted in 1994, only being amended once in 2003,” said Sok Chenda Sophea, secretary-general of the Council for the Development of Cambodia, during an interview.

“We stick to what enabled the Cambodian economy to kick off back in the 1990s: fully opening the door to the private sector and to foreign investments,” he said. “But with this law, we aim to diversify our economy as well as boost our competitiveness and productivity.”

For the past 30 years, the Cambodian economy has been primarily relying on construction, agriculture, garment manufacturing and tourism, the last two banking heavily on global demand. But this new law prioritizes investments in 18 sectors, granting income-tax incentives up to 15 years to businesses labelled as Qualified Investment Projects (QIP) by the CDC.

These sectors cover a wide range of activities such as logistics; the development of industries into green energy; digital, electronic or mechanical fields; health or education. The law also stipulates that small and medium-sized companies involved in priority sectors as QIP’s suppliers could benefit from these incentives.

“The law was almost ready when COVID-19 hit the world, but the pandemic forced to reconsider and rewrite significant parts of it,” added Chenda Sophea. “With the global economic turndown, we realized it was high time for Cambodia to transform its development base. We readapted the law to the new world’s economic reality, listing these sectors as high priority.”

While China is stuck in its “zero-COVID” policy, Cambodia wants to further attract Chinese money and benefit from foreign investors who decided to turn their back on China, looking for a new place where to invest in the region.

Yet, the road ahead is still long. Compared to its neighbors, “Cambodia’s population of 16 million is relatively small and the country still lacks infrastructures,” conceded Arnaud Darc, foreign trade advisor for France and a long-time entrepreneur in the country. The overall low-level of education and scarcity of skilled labor force is also a downside to add to Cambodia’s record. “But when you look at how the Cambodian economy took off since the mid-1990s, this is nothing the country can’t overcome, especially with its location at the heart of ASEAN,” Darc said.

The law on investments was shaped to tackle some of these drawbacks, pushing for continuous training of workers and an improvement of labor conditions. “Article 27 stipulates that expenses made on research, development and innovation; the welfare of employees, like nurseries, dormitories or canteens–with a reasonable price; or on professional training of Cambodian employees will be deducted at 150 percent from the tax base,” said Chenda Sophea. “It basically means that companies who invest in these fields directly earn money from their investment.”

Historically, the Cambodian economy has been relying on foreign investments to ensure its post-war development. “When we didn’t have the right skills to carry out a project, we invited foreign investors to do it for us,” Chenda Sophea said. “This includes the Americans, the Chinese, the Japanese, the French, and so on.”

According to statistics from the CDC, the stock of Foreign Direct Investments flowing into Cambodia from 1994 to 2021 accounted for $54.5 billion. China is the number one investor, with a total investment of $23.2 billion, representing 42.5 percent of the total. It is followed by South Korea (9.6 percent), Malaysia (6.4 percent), the United Kingdom (5.7 percent), and Japan (5.2 percent). In 2021 alone, China represented 73.8 percent of the FDIs approved by the CDC.

Though data from the United Nations Conference on Trade and Development is slightly different, it still places China as the main foreign provider of investments to Cambodia, accounting for $10.8 billion in stock—29.4 percent of the total—in 2020.

Despite being voted in October 2021, the law still has to come into effect. “The sub-decree defining every ministry’s role is still missing,” confirmed a local law firm who declined to be named. “But there is no chance for the law not to enter into force: It is only a matter of time.”

In Cambodia’s business community, the new law on investments has been praised and is eagerly awaited. “With its large scope, the new law goes in the right direction,” said Matthew Tippetts, chairman of the Eurocham’s Digital and Technology Committee and president of La French Tech. “For example, out of the 18 prioritized sectors, four are related to the tech industry. This is huge!”

“As COVID-19 proved it, with the rise of the e-commerce and delivery apps, the digital sector is less impacted by economic slowdowns and can be a strong driver of growth,” he said.

A product of Cambodia’s digital sector is actually already on top of one of the world’s most famous monument: the Eiffel Tower. The booking system of Madame Brasserie’s website—the restaurant located on the first floor of the French monument—has been designed by Sourceamax, a French digital company that opened a branch in Cambodia in November 2020.

“We can say that part of the restaurant’s website is made in Koh Pich,” joked Bruno Raffet, CEO of the company that employs 17 Cambodian developers in the country.

“The business environment is not perfect, but Cambodia has a huge potential for development, especially in the tech sector as Cambodians are really digitalized,” he said. “When we decided to invest in the Kingdom, the new law on investments had not been voted yet. But a few months later, when we saw the measures the law contained, it strengthened our belief that we had made the right decision.” 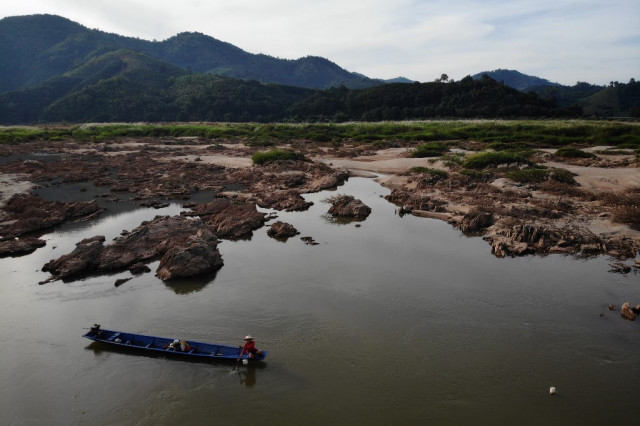 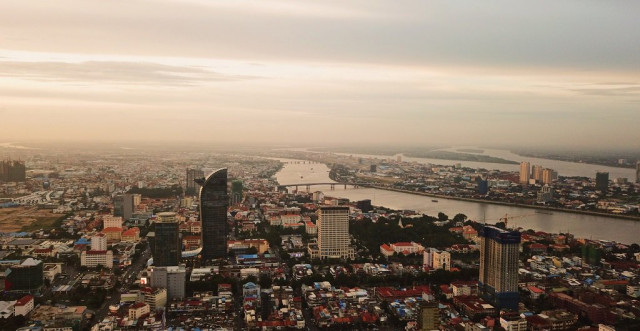 The “New” Cambodia Is Only 20 Years Old