Telling the story of Cambodia’s most famous female pop music singer, Ros Serey Sothea, in an accessible, well-designed and immersive graphic novel was no easy task. Photo: The Golden Voice at Bophana Center

But by seeing the joyful crowd who attended the book release event of the Khmer edition of “The Golden Voice”, one can undoubtedly say that Gregory Cahill, Kat Baumann and Huot Socheata have taken up that challenge with flying colors.

On Nov. 30, Phnom Penh’s Bophana Center was the stage for the book's Khmer-version release. In nearly 200 pages, the graphic novel tells the incredible tale of Ros Serey Sothea’s golden voice, which has marked by its tones the entire Cambodian “golden era”, along with her male counterpart, the no less famous Sin Sisamuth.

“Ros Serey Sothea was my favorite singer from that music scene. Because when Sothea sings, you feel her emotion in your heart. Even if you don't speak Khmer, you know exactly what she was feeling when she sang. That is such a rare talent, and to me, that is the power of music,” said Gregory Cahill, the graphic novel’s producer.

Knowing Ros Serey Sothea’s story since 2006, Cahill, an American producer for a CBS entertainment talk show and screenwriter, decided in 2019 to make her the main character of his graphic novel.

The voice of the Cambodian singer, who was born in Battambang province in 1947, and her hard work in the vibrant music industry from the 60s-70s caught Cahill’s eye and heart.

That period of Cambodian culture is commonly known as the “golden age” in reference to its flourishing scene in music, cinema, and even architecture.

“Serey Sothea grew up as a farmer and didn't finish school. So for her to become the top female singer in Cambodia was an amazing feat,” Cahill added.

Unfortunately, like many renowned artists from that period, Serey Sothea perished under the Khmer Rouge barbaric regime, which executed her in 1977.

Feeling proud to have translated this book to bring it to a Khmer-speaking audience, Huot Socheata, founder of the Avatar Publishing House, said she got interested in the project because of her admiration for Ros Serey Sothea and her love for graphic novels.

The Avatar Publishing house showed interest in the book in late 2021 when the English version came to an end – though it has yet to be published – and contacted the author to translate the story into Khmer. The translation process began in early 2022.

It took Socheata four months to complete the book in Khmer: Two months for translating and another two months for reviewing the language used in line with the context of the golden era. 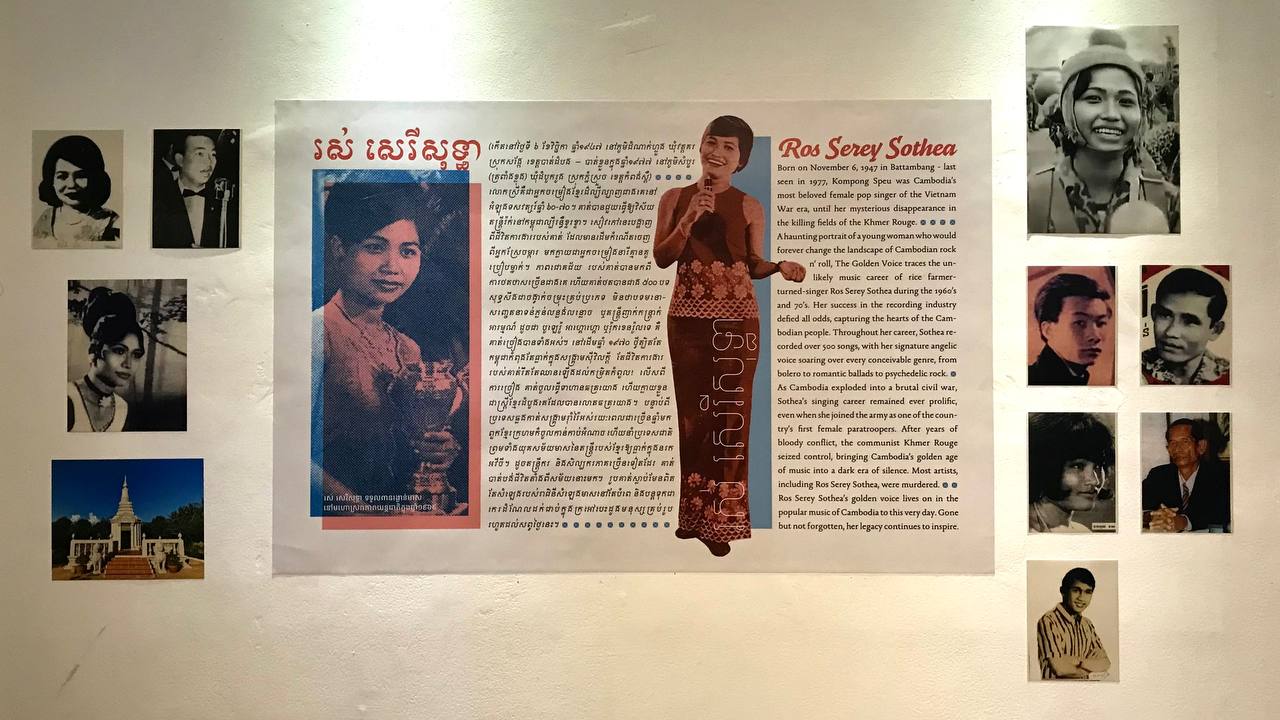 The voice of the Cambodian singer, who was born in Battambang province in 1947, and her hard work in the vibrant music industry from the 60s-70s caught Cahill’s eye and heart. Photo: Meng Seavmey

“When I was translating the main character’s speeches, I contacted Mrs. Saboeun (Sothea’s older sister) to learn how the singer talked with her mother, siblings, relatives, friends, colleagues, and other people, and vice versa,” the publisher said, adding that these translations were made after a series of detailed discussions.

A music legacy that goes through the years

Speaking at the book launch event, Ros Saboeun, Serey Sothea’s oldest sister – the family had five siblings – expressed her delight as her sister’s songs are remembered and cherished by the public and music lovers even today.

“I am happy that people still remember my sister and her songs even though she is not here anymore. She was the only one in the family who could sing. She started very young, around the age of 6 or 7,” Saboeun said.

At the same event, Sin Setsochhata, the granddaughter of the music legend Sin Sisamuth, said reading this graphic novel was like watching a documentary film, and that is the uniqueness of the storytelling.

One of the outstanding specificities of this novel is that it combines literature, music and film in one single object. The illustration was based on a camera’s angle and the editing of each stage gives the reader the impression of watching a movie.

Additionally, a QR Code is placed on the very first pages of the novel. It connects to a music playlist that puts together Serey Sothea’s greatest hits, to allow readers to feel and listen to the music vibes of Cambodian pop music from the 70s.

By combining all these aspects of the Cambodian modern culture, “The Golden Voice” is not only a graphic novel but also a window to the past.

Kat Baumann, the American illustrator and comic creator who drew the novel, said through email that she became emotionally attached to this version of Serey Sothea while working on the book. She progressively got to know the singer’s darkest and most painful moments while depicting how the country’s internal affairs directly affected her life.

“Sothea died years before I was born, so I doubt that the way I drew her will have been the most accurate, as I took all my inspiration from studio recordings, photos, and the story Gregory [Cahill] crafted around her life. The version of Sothea I have come to know seemed like a very resilient person with a lot of dedication to her art and her family, and if nothing else I hope we captured that in this book,” Baumann said.

“The Golden Voice” project first began in 2006 when Gregory Cahill released a short film – sharing the same name as today’s graphic novel – on Ros Serey Sothea. Seeing the level of enthusiasm this first project received, the producer wanted to develop the story in a feature movie about the artist’s life and career.

Cahill came to Cambodia for the first time in 2007 to pursue detailed research in Battambang province. At that time, he was introduced to Ros Saboeun to learn more about Sothea’s life story. Cahill then visited Saboeun every time he had to check facts.

For the following 11 years, the American producer kept writing, updating and re-writing the film’s screenplay, while trying to raise money to finance it. But after trying hard for years, he eventually realized he had no choice but to adapt his project.

“In April of 2019, during Khmer New Year, I decided to turn it into a graphic novel,” he said, emphasizing that it was an innovative way to tell Sothea’s story without a large budget.

The graphic novel has become the reinterpretation of the feature film into a comic book format, with the support of Kat Baumann, the illustrator who start working on the first drafts in October 2019.

The book was completed in November 2021, when Cahill also showed the novel to Sothea’s sister, Saboeun, in Battambang province.

Baumann, the illustrator, said this book was penciled and inked traditionally with Indian ink and a sable brush on bristol. Cahill thought inking the pages traditionally would capture more of the classic, sort of analog aesthetic that the whole comic was going for.

“However, I am not Khmer… it’s incredibly important to me that I take the time to understand what I’m drawing and properly represent things the best that I can,” Baumann said, while she still has to step foot in Cambodia to see the places and meet the people she has drawn in the novel.

Challenges of sticking to historical facts from the 60s

Successfully completing such a project doesn’t come without some challenges. Cahill claimed that one of the biggest they had to face was to stick to the historical facts. As Ros Serey Sothea's life story survives only through oral transmission, he had to rely on people’s memories from 60 years ago to put the story together.

“Oftentimes, you find that peoples' stories contradict each other. So you have to use your best judgment to try and figure out what might have actually happened,” the producer said. 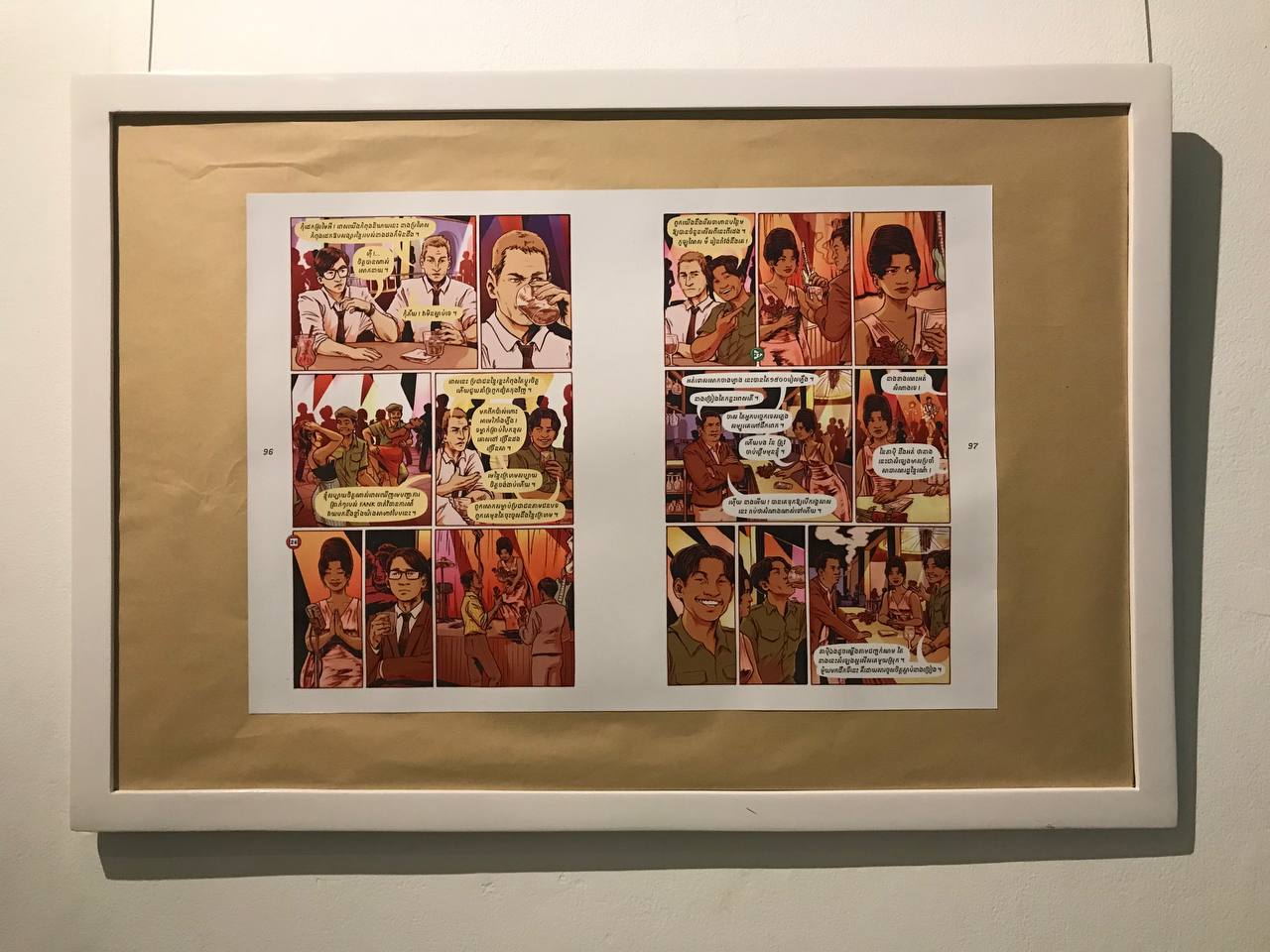 The selection of Ros Serey Sothea’s life highlights was done in collaboration with her family to stick as much as possible to the truth. Photo: Meng Seavmey

The team worked from an enormous database of historical photos and videos comprising images of Ros Serey Sothea, Sin Sisamouth, Pen Ran, the cities of Phnom Penh or Battambang, as well as the cars, the clothes, the hairstyles, and the architecture of that time, he added.

In addition to historical accuracy, the team had to face language and translation challenges.

“The Khmer language is relatively longer than English. So, when translating, I had to seek words that wouldn’t be too long to respect the graphic. Otherwise, the speech would have blocked the characters’ faces or actions,” Socheata from Avatar Publishing House said.

The selection of Ros Serey Sothea’s life highlights was done in collaboration with her family to stick as much as possible to the truth.

However, for transparency purposes, the end of the book is dedicated to listing the differences between the real events and fictionalized ones, which the author modified on purpose to bring a better experience to the readers.

“I think that the message of the book is best left to the readers. But if I must, I would say that this story is about the power of the human spirit. Music is the expression of our humanity. There was a dark time when a political regime tried to erase a nation's humanity,” Cahill said.

“But here we are in 2022, singing and dancing to Ros Serey Sothea's beautiful voice. The human spirit triumphed.”

In her active years, from 1967 to 1975, Serey Sothea covered more than 500 songs from bolero to romantic ballads or psychedelic rock. Even though she disappeared 45 years ago, her music still lives on today.

While the Khmer edition is the first to come to light, “The Golden Voice” graphic novel will also be published in English and French in the coming months. 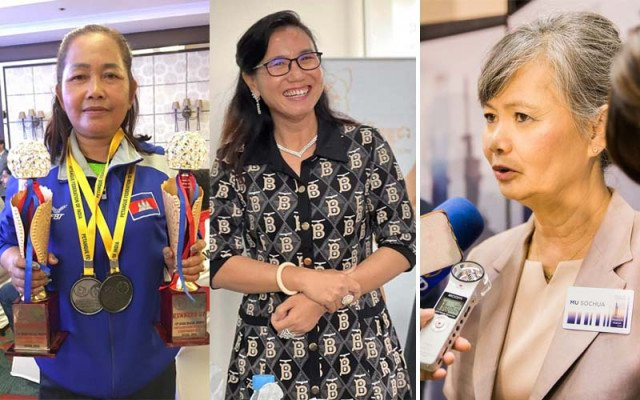 Two Women Demand to Be Taken off the List of Most Influentia... 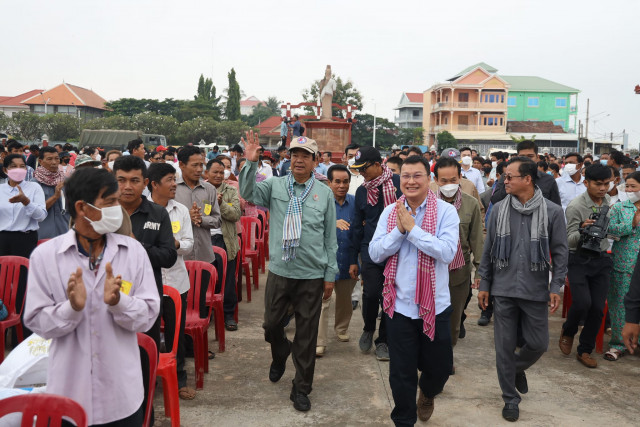 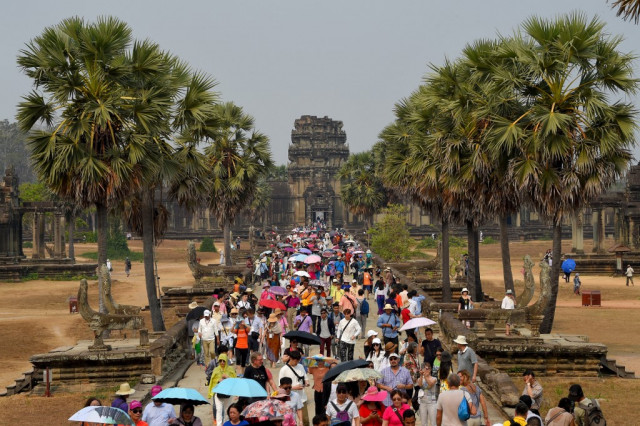