About 1,100 construction sites in Sihanoukville are stalled due to the departure of Chinese investors, resulting from the closure of online casinos and the COVID-19 crisis, which has led to Chinese borders to be closed for the past three years. Photo by Phat Dane

PHNOM PENH – About 1,100 construction sites in Sihanoukville are stalled due to the departure of Chinese investors, resulting from the closure of online casinos and the COVID-19 crisis, which has led to Chinese borders to be closed for the past three years.

Most of the plots where buildings are being erected are owned by Cambodians, while the construction projects are Chinese direct investments, said Long Dimanche, deputy governor of the Preah Sihanouk province, adding that the authorities are currently working to resolve the issue.

“These unfinished constructions affect the beauty of Sihanoukville, especially the safety of buildings, and have economic and social consequences for the locals,” he said.

These constructions having been in a stalemate for months, it prompted the provincial authorities, the private sector–which already endured a real estate slowdown in the wake of the 2008 economic crisis–, the owners of the land, the contracting companies and the Economy and Finance Ministry to confer to find a solution to this economic deadlock, Dimanche said.

“As provincial authorities, on behalf of the government, we listen to the concerns and suggestions of the private sector and take them into consideration and see if we have any perspective on how to resolve this issue,” said Dimanche.

Time for dialogue, understanding, and mutual concessions between the different actors of the private sector are crucial, he said, without giving any further details on when such talks could happen.

Chan Ana, who is leasing her land for the Chinese to build an 11-storey building for a hotel and casino, said she is concerned about eventually having to deal with a non-functioning building on her property.

“I have two buildings. The first one, I built myself and rented it to Chinese people to run a 20-room hotel,” she said. “For the second one, the 11-storey building with 100 rooms, the Chinese rented my land to construct the building, but the building has not been completely done yet.”

Chrek Soknim, president of the Cambodian Valuers and Estate Agents Association (CVEA), said currently, renting an apartment in the province costs only $2,000 to $3,000 per month, compared to up to $7,000 at the peak of the price inflation. For land with a good location, one square meter can be rented from $3 to $5 a month and renting an already-built construction costs $10 to $15 per month, while many buildings are still to be completed.

CVEA’s president added that the stalemate in the construction of buildings in Sihanoukville is not only due to the departure of the Chinese, but also to the lack of investment flows from other countries, especially from the West.

“Some countries have not fully reopened their doors yet, preventing their citizens from leaving the country, which can obstruct investments,” Soknim said. “So, if the investors are restricted from leaving their countries, Cambodia won’t be able to receive much investments. This lack of mobility impacts our construction sector.” In the region, China remains the country with the most severe COVID-19 regulations, restricting the free movement of people, in and out of China.

According to the National Bank of Cambodia's Financial Stability Review 2021 report, Cambodia received about $ 3.5 billion in foreign direct investment (FDIs), equivalent to 12 percent of gross domestic product, in 2021.

The volume of these investments decreased by 1.5 percent compared to 2020. The report adds that, although FDIs in the construction sector in Cambodia increased by 26 percent, the real estate sector is down by 11 percent.

In 2022, the inflow of FDIs in Cambodia is expected to further decline as the world is experiencing an energy and oil crisis caused by the war between Russia and Ukraine, the report adds.

Originally written in Khmer for ThmeyThmey, this story was translated by Teng Yalirozy for Cambodianess. 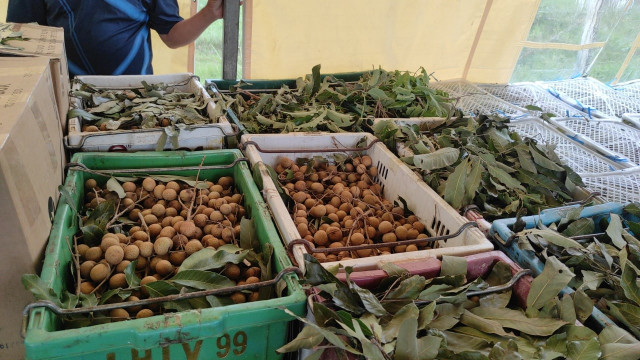